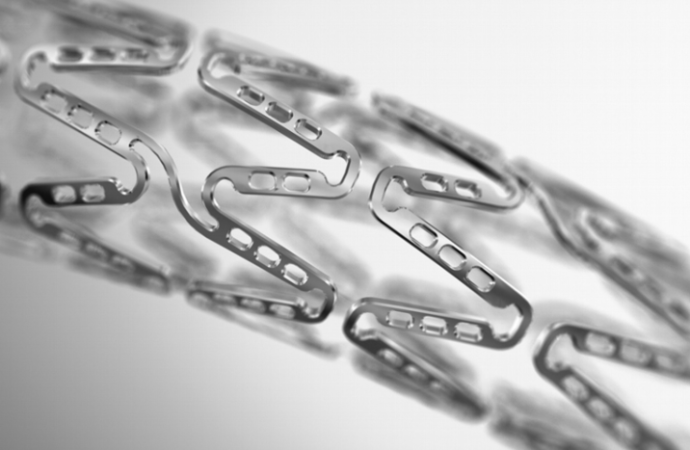 FOURIER is a mega-trial of clinical efficacy and safety of evolocumab added to treatment with moderate / high intensity statins in patients with clinically evident atherosclerotic cardiovascular disease (ASCVD).   Our destiny will be the one we have deserved. Albert Einstein (1879-1955)    The therapeutic capacity of PCSK9 inhibition added to statins with the object of

FOURIER is a mega-trial of clinical efficacy and safety of evolocumab added to treatment with moderate / high intensity statins in patients with clinically evident atherosclerotic cardiovascular disease (ASCVD).

Our destiny will be the one we have deserved.

The therapeutic capacity of PCSK9 inhibition added to statins with the object of obtaining greater reductions in the levels of LDL-cholesterol (LDL-C) has already been established.  Only two years back in this same portal (1) we commented the results of the ODYSSEY LONG TERM Trial (2) and OSLER-1 / OSLER-2 Trials (3) which affirmed these effects.   In spite of the fact that these trials were not designed to asses clinical outcomes, in OSLER-2 an exploratory analysis pre-specified to examine clinical events  showed that  0,95% of the patients that received evolocumab versus 2,18% of those that received standard treatment presented a clinical event;  a fact that in some way could be considered a premonition of the results of the FOURIER Trial (Further Cardiovascular Outcomes Research with PCSK9 Inhibition in Subjects with Elevated Risk)(4) that has just been presented. FOURIER is a mega-trial of clinical efficacy and safety of evolocumab added to treatment with moderate / high intensity statins in patients with clinically evident atherosclerotic cardiovascular disease (ASCVD).  The trial design was a randomized, double blind, placebo controlled study which included an international sample of 27.564 patients with clinical ASCVD and LDL-C levels ≥70 mg/dL that were already treated with a moderate to high intensity statin regimen.  The patients were assigned to receive evolocumab (either 140 mg every 2 weeks, or 420 mg monthly) or placebo administered by subcutaneous injection. The addition of the PCSK9 inhibitory antibody evolocumab compared to placebo reduced the baseline levels of LDL-C by 59% and this reduction remained stable during the remainder of the trial, without any evidence of attenuation through the duration of the study.  The primary end point was a composite of cardiovascular death, myocardial infarction, stroke, hospitalization for unstable angina or coronary revascularization; and a key secondary efficacy end point was the composite of cardiovascular death, myocardial infarction, or stroke. After a median duration follow-up of 2.2 years, 1344 patients (9.8%) in the evolocumab treated group and 1563 patients (11.3%) of the placebo group attained the primary end point (HR: 0.85, 95% confidence limits=0.79 to 0.92; P<0.001).  For the key secondary efficacy end point there were 816 patients (5,9%) in the evolocumab treated group versus 1013 patients (7.4%) in the placebo group (HR: 0.80, 95% confidence limits=0.73 to 0.88; P<0.001).

With regards to adverse events, especially new-onset diabetes mellitus and neurocognitive events, no significant differences were found between both groups.  The only exception was a greater incidence of local reactions at the injection-site (2.1% vs. 1.6%).  New binding antibodies were detected in rare occasions (0.3%), neutralizing antibodies did not occur in any patient and above all no attenuation of the LDL-C reducing effect was observed during the 2.2 years follow-up.  This contrasts with the findings with bococizumab (a humanized, but not completely human monoclonal antibody against PCSK9) which in the recent SPIRE- 1 and 2 Trials showed an unexpected attenuation of the LDL-C lowering effect over time, the appearance of a greater degree of immunogenicity and a greater incidence of injection-site local reactions.  This led the sponsor to suspend the trial and to discontinue the global development of the drug. (5)

The authors come to the conclusion that inhibition of PCSK9 with evolocumab added to therapy with statins reduces the levels LDL-C to a median of 30 mg/dL and reduces the risk of cardiovascular events.  On the strength of these findings they have estimated that it would be necessary to treat 74 patients for a period of two years to prevent an event of cardiovascular death, myocardial infarction or stroke.

On first analysis the greatest strengths of FOURIER are the demonstration that the addition of evolocumab to therapy with statins produces a significant reduction in the level of LDL-C to levels that never before have been achieved clinically and that this is accompanied by a reduction in the rate of morbid clinical events.  It has been noted that after achieving levels of LDL-C below 30 mg/dL for 2.2 years of follow up, few adverse events have been reported, most of them mild.  No mayor unfavorable neurocognitive events or new-onset diabetes were found, questions which had remained after the ODISSEY LONG TERM trial (2) y OSLER-2 trial (3).  This opens great therapeutic expectations for numerous patients.   But along with the strengths, we always run into the weakness: the relatively short duration of follow-up and the absence of a reduction in mortality.  The mean duration of follow-up of 2.2 years is a short period, especially when compared with the great majority of the of the mayor LDL-C lowering trials that have had follow-up periods in the order of 5 years. (6)  To be honest, when FOURIER initially was designed the estimate was that it would take approximately 4 years to achieve the pre specified number of events; but the real rate of events in this population ended up being approximately 50% greater than had been expected, so that the required number of events was attained in a much shorter period of time.  The fact that the FOURlER cohort has this greater than expected morbidity, should make us open our eyes regarding possible confounders.  Another, not less important matter, is the absence of a reduction in cardiovascular mortality [251 patients (1.8%) in the evolocumab group vs. 240 patients (1.7%) in the placebo group (HR: 1.05 IC95%=0.88–1.25) P= 0.62)], and the same for all cause mortality [444 patients (3.2%) in the treatment group vs. 426 patients (3.1%)in the not treated group [(HR: 1.04 (IC95%=0.91–1.19) P= 0.54)].  The analysis of all the events (as shown in Table 2 of the original paper) proves that the benefits of the treatment with evolocumab were due to significant reductions in non-fatal myocardial infarction, revascularizations and stroke.  It is very striking to find that such significant reductions in LDL-C did not produce even a tendency to decrease mortality   In the statin mega -trial HPS (Heart Protection Study) (7) cardiovascular mortality presented an absolute risk reduction of 1.5% (P<0.0001), non-vascular mortality showed no significant differences and all cause mortality had an absolute risk reduction of 1.8% (P<0.0003). In this trial the follow-up period was five years and average LDL-C reduction was 39 mg/dL, starting with overall more elevated baseline levels of LDL-C in the great majority. This lack of impact of FOURIER on mortality requires further analysis: the possibility that there is a threshold of LDL-C lowering after which there is no mortality benefit, in spite of persistence of benefit in non fatal events: should be considered.    For the moment these facts become a limitation when we attempt to extend these findings to clinical practice and eventually to Treatment Guidelines.  We must also be prudent in the evaluation of results that report a relative risk reduction of 15% for a composite combined primary end point and a 20% relative risk reduction for key combined secondary efficacy end point.  At the end of the day this translates into about 1.5% absolute risk reduction of presenting a non fatal cardiovascular event.  As the follow-up period has been relatively short, if the observation period is prolonged an absolute risk reduction in mortality might appear in the longer term.   For the time being, due to the findings mentioned and the high cost of each treatment, my opinion is that PCSK9 inhibitors have the potential of being an option for those patients who are intolerant or non responders to statins  and for those who have familial hypercholesterolemia’s who cannot achieve adequate control with statins.  Last, but not least, PCSK9 inhibitors have finally found a place in the cholesterol lowering band-wagon for prevention of ASCVD, but we still do not know what their destiny will be.

(I wish to thank Dr. Carlos Cuneo for his critical comments)